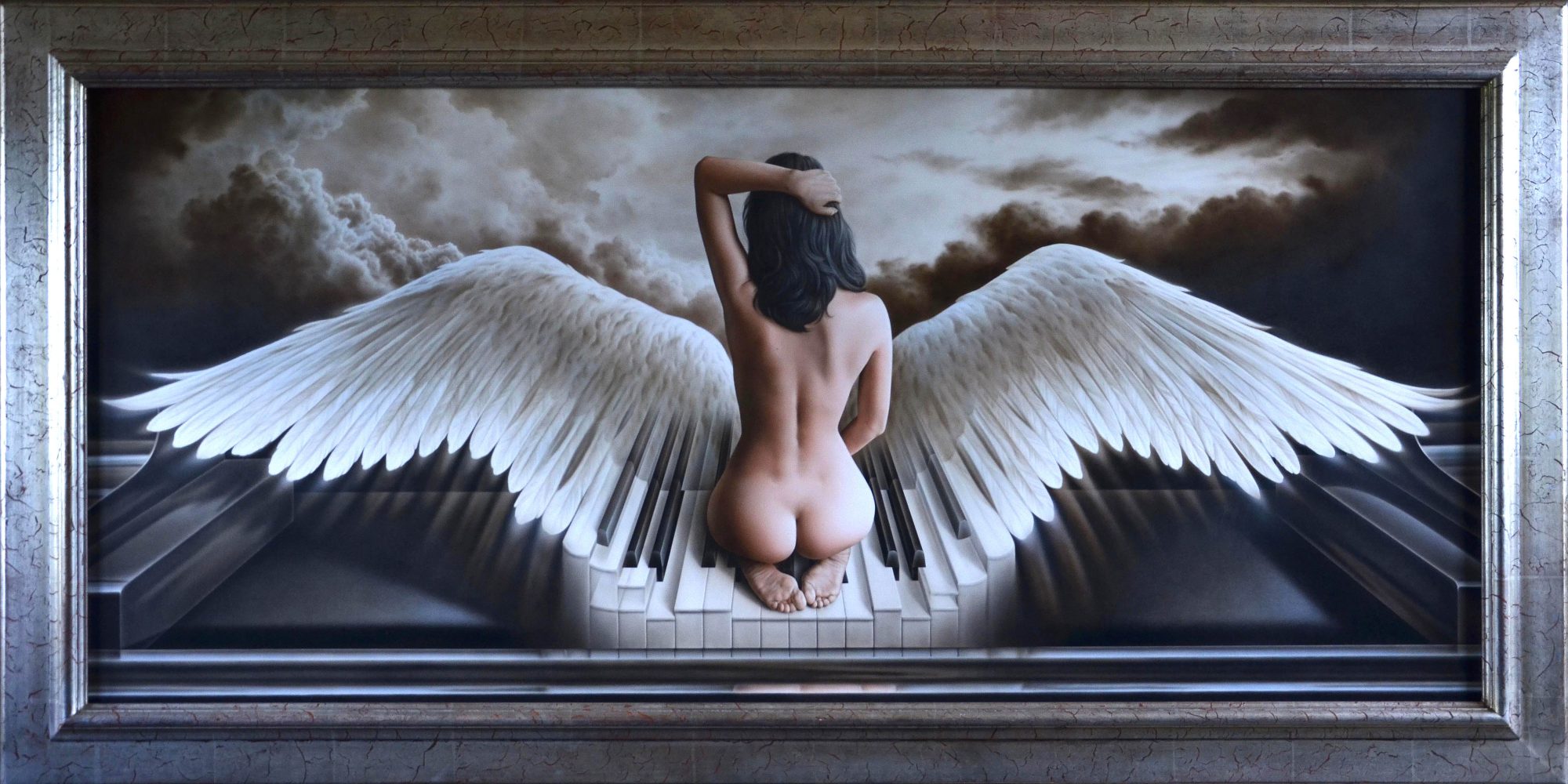 Lluís Rizzo Rey was born in Barcelona. He had the good luck of growing up with his parents, parental grandparents, brother and five sisters, in an environment that was humble but full of fascination for culture.

Since he was seven years old, Lluís already exhibited a passion for art, and he was drawing every minute he could, whenever he did not need to study.

He is a completely self-taught artist who had his first Exhibition when he was 14 years old at La Caixa del Penedés de Begues (Barcelona).

At 22 he married Roser, a lovely nurse who supported him unconditionally in his artistic adventure and with whom he had two sons, Ignasi and Albert. Due to a long illness, she passed away prematurely when she was 42.

During many years Lluís alternated his artistic Exhibitions (13 more in different towns around Catalonia) with illustration work for publishing and advertisement businesses, including among others worldwide known companies such as BBVA, Editorial Planeta, Danone, Nestlé, Instituto Dexeus, Cargill España, Chelsea Books – New York. Books with his illustrations have been published in more than 40 countries.

In 1999, Lluís had his first International Exhibition at the ‘Adani Gallery’ in Dallas (USA), and since then he has dedicated all his work to artistic painting.